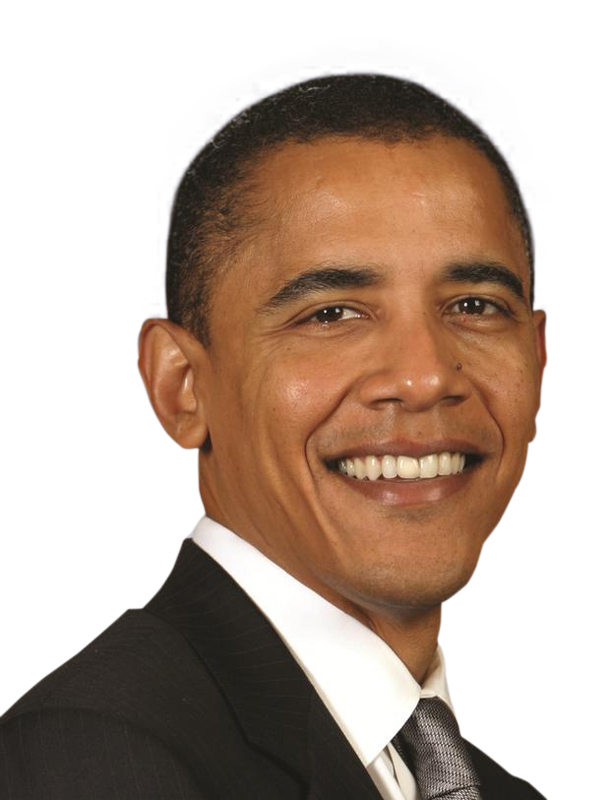 00:00:00
-
00:01:15
All right, everybody, please have a seat. [Applause] My fellow Americans... [Laughter] [Applause] ... mahalo! [Laughter] It is wonderful to be here at the White House Correspondents' Dinner. What a week. [Laughter] As some of you heard, the state of Hawaii released my official long-form birth certificate. [Applause] Hopefully this puts all doubts to rest.
Analysis

00:04:00
-
00:04:45
And I'd like to address that head-on, by assigning all of you some reading that will help you draw your own conclusions. [Laughter] Others say that I'm arrogant. But I've found a really great self-help tool for this: my poll numbers. [Laughter] I've even let down my key core constituency: movie stars. Just the other day, Matt Damon -- I love Matt Damon, love the guy -- Matt Damon said he was disappointed in my performance.
Analysis

00:04:45
-
00:05:55
Well, Matt, I just saw "The Adjustment Bureau," so... [Laughter] ... right back atcha, buddy. [Laughter] [Applause] Of course, there's someone who I can always count on for support: my wonderful wife Michelle. [Applause] We made a terrific team at the Easter Egg Roll this week. I'd give out bags of candy to the kids, and she'd snatch them right back out of their little hands. [Laughter] Snatched them. [Laughter] And where is the National Public Radio table? [Laughter] You guys are still here? [Laughter] That's good.
Analysis

00:05:55
-
00:06:28
I couldn't remember where we landed on that. [Laughter] Now, I know you were a little tense when the GOP tried to cut your funding, but personally I was looking forward to new programming like "No Things Considered"... [Laughter] ... or "Wait, Wait... Don't Fund Me." [Laughter] Of course, the deficit is a serious issue.
Analysis

00:06:28
-
00:07:13
That's why Paul Ryan couldn't be here tonight. His budget has no room for laughter. [Laughter] Michele Bachmann is here, though, I understand, and she is thinking about running for president, which is weird because I hear she was born in Canada. [Laughter] Yes, Michele, this is how it starts. [Laughter] Just letting you know. [Laughter] [Applause] Tim Pawlenty?
Analysis

00:07:13
-
00:08:08
He seems all American. But have you heard his real middle name? Tim "Hosni" Pawlenty? [Laughter] What a shame. [Laughter] My buddy, our outstanding ambassador, Jon Huntsman, is with us. Now, there's something you might not know about Jon. He didn't learn to speak Chinese to go there. Oh, no. [Laughter] He learned English to come here. [Laughter] [Applause] And then there's a vicious rumor floating around that I think could really hurt Mitt Romney.
Analysis

00:08:08
-
00:09:35
I heard he passed universal health care when he was governor of Massachusetts. [Laughter] Someone should get to the bottom of that. And I know just the guy to do it -- Donald Trump is here tonight! [Laughter] [Applause] Now, I know that he's taken some flak lately, but no one is happier, no one is prouder to put this birth certificate matter to rest than the Donald. [Laughter] And that's because he can finally get back to focusing on the issues that matter -- like, did we fake the moon landing? [Laughter] What really happened in Roswell? [Laughter] And where are Biggie and Tupac? [Laughter] [Applause] But all kidding aside, obviously, we all know about your credentials and breadth of experience. [Laughter] For example -- no, seriously, just recently, in an episode of Celebrity Apprentice... [Laughter] ... at the steakhouse, the men's cooking team cooking did not impress the judges from Omaha Steaks.
Analysis

00:09:35
-
00:10:20
And there was a lot of blame to go around. But you, Mr. Trump, recognized that the real problem was a lack of leadership. And so ultimately, you didn't blame Lil' Jon or Meatloaf. [Laughter] You fired Gary Busey. [Laughter] And these are the kind of decisions that would keep me up at night. [Laughter] [Applause] Well handled, sir. [Laughter] Well handled.
Analysis

00:10:20
-
00:11:26
Say what you will about Mr. Trump; he certainly would bring some change to the White House. Let's see what we've got up there. [Laughter] So, yes, this has been quite a year in politics, but also in the movies. Many people, for instance, were inspired by "The King's Speech." It's a wonderful film. [Applause] Well, some of you may not know this, but there's now a sequel in the works that touches close to home.
Analysis

00:11:36
-
00:12:29
[Applause] Coming to a theater near you. [Applause] Let me close on a serious note. We are having a good time, but as has been true for the last several years, we have incredible young men and women who are serving in uniform overseas in the most extraordinary of circumstances. [Applause] And we are reminded of their courage and their valor. [Applause] We also need to remember our neighbors in Alabama and across the South that have been devastated by terrible storms from last week. [Applause] Michelle and I were down there yesterday, and we've spent a lot of time with some of the folks who have been affected.
Analysis

00:12:29
-
00:12:55
The devastation is unimaginable and is heartbreaking and it's going to be a long road back. And so we need to keep those Americans in our thoughts and in our prayers. But we also need to stand with them in the hard months and perhaps years to come. I intend to make sure that the federal government does that.
Analysis

00:12:55
-
00:13:31
And I've got faith that the journalists in this room will do their part for the people who have been affected by this disaster -- by reporting on their progress, and letting the rest of America know when they will need more help. Those are stories that need telling. And that's what all of you do best, whether it's rushing to the site of a devastating storm in Alabama, or braving danger to cover a revolution in the Middle East.
Analysis

00:13:31
-
00:14:02
You know, in the last months, we've seen journalists threatened, arrested, beaten, attacked, and in some cases even killed simply for doing their best to bring us the story, to give people a voice, and to hold leaders accountable. And through it all, we've seen daring men and women risk their lives for the simple idea that no one should be silenced, and everyone deserves to know the truth.
Analysis

00:14:02
-
00:17:02
That's what you do. At your best that's what journalism is. That's the principle that you uphold. It is always important, but it's especially important in times of challenge, like the moment that America and the world is facing now. So I thank you for your service and the contributions that you make. And I want to close by recognizing not only your service, but also to remember those that have been lost as a consequence of the extraordinary reporting that they've done over recent weeks.
Analysis

00:17:02
-
00:17:45
They help, too, to defend our freedoms and allow democracy to flourish. God bless you, and may God bless the United States of America. [Applause]
Analysis